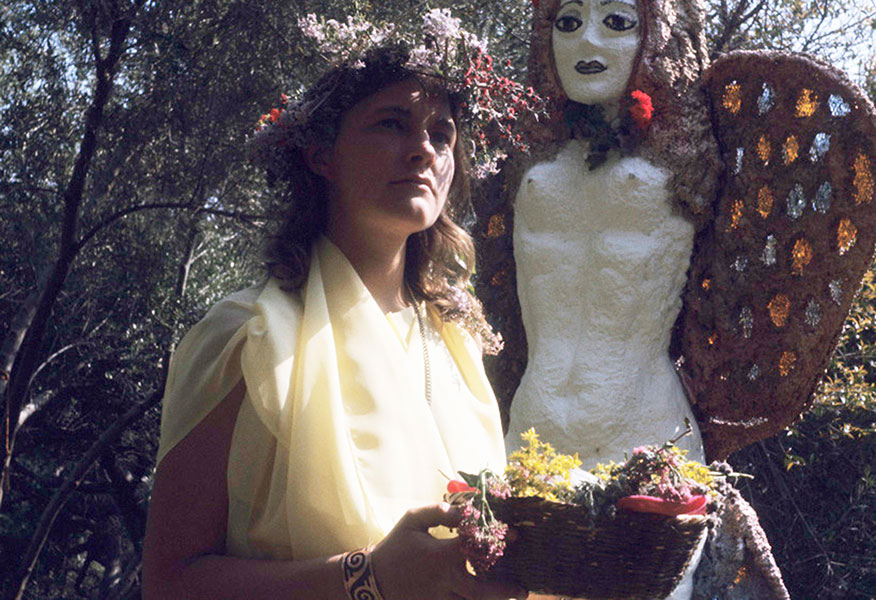 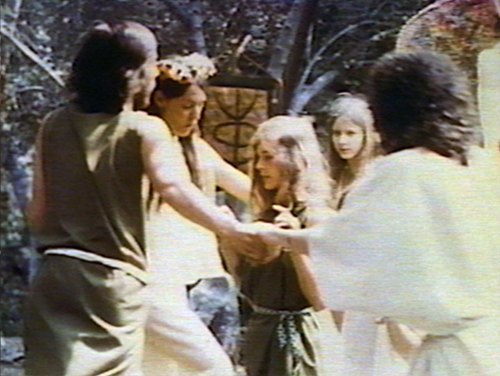 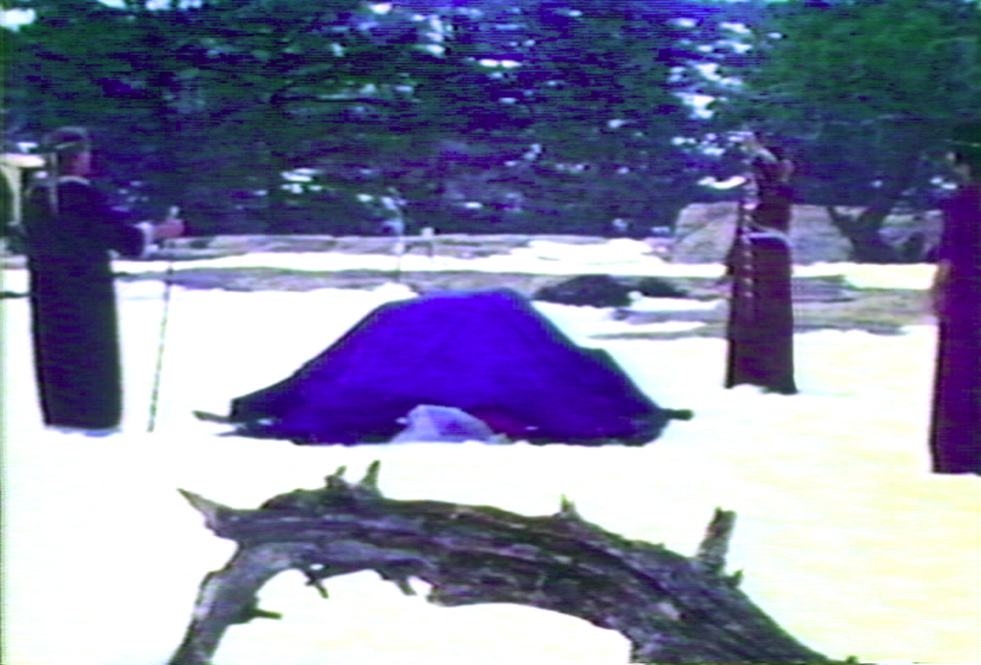 'A Dance For The Goddess' offers a glimpse into Feraferia as it was over 40 years ago. It shows the Solstice and Equinox rituals from one year, put in visual context by a year long time lapse shot of a wilderness pond with its seasonal changes.

I shot this film in 1973 as 'Kore, Goddess of Cosmos,' and re-edited it in 1979 with the new title. I had met Fred and Svetlana in about 1970, and loved what they were doing. Making the film was a way to get to know them better and to start to understand Feraferia - a love culture for wilderness, as they called it.

As a UCLA film student, I shot and edited the project on 16mm equipment. This was the first time anyone had ever attempted a year-long time lapse. I had problems with temperature control, which meant the film expanded and contracted between frames, giving it a jumpy look. Despite the technical problems, this film preserves a high point in the magic, energy, and creativity of Fred and Svetlana's Feraferia.

Fred and Svet insisted that everyone wear robes of a color to go with the season, and that we film in locations which embodied the seasonal feeling; so you will see us shaded by scarlet leaves in the Fall, and with our teeth chattering in the snow of Winter in the San Gabriel Mountains! The people you will see here include: Fred Adams, founder of Feraferia; his partner Lady Svetlana, deeply involved in creating and furthering Feraferia; Carroll 'Poke' Runyon, founder and Grand Master of the OTA (Order of the Temple of Astarte) and the Church of Hermetic Sciences; Joseph Bearwalker Wilson, founder of 1734 witchcraft among others; and artist and author Daniel Blair Stewart.