Meditations on THE SECRET FLESH OF FAERIE

A TRUE WORLD RELIGION OF ECSTATIC SERVICE TO ALL NATURE

ONLY IN THE SACRED LOVE-PLAY CLASP OF WILDERNESS

While considering the worldwide traditions of The Faerie Faith, a special notice will be given here to the poetic, transformative development of this current of folklore in the British Isles. There was a transformation of the Elfin tradition by British Nature Poetry and Mysticism into something seen as more light, ephemeral, and at the same time, less important than previously. 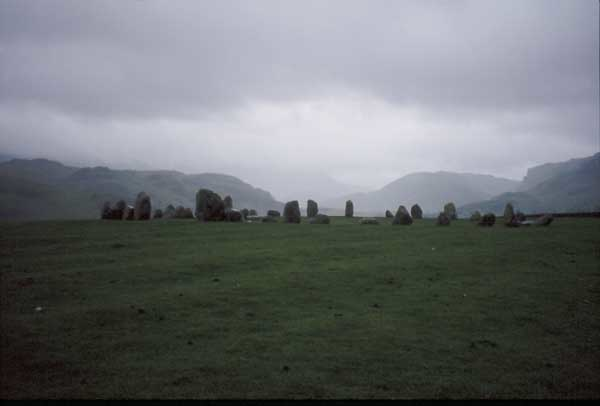 The strong primeval roots and origins of The Faerie Faith have had a tenuous survival, barely noticeable at times. But now it seems the Fay press in around us. There is a Faerie notion of the "regenerative transmigration of Souls." Perhaps some are coming forward.

Considering the present Psycho-Ecological alienation of Man, let us consider a further investigation of this mysterious tradition, and re-evaluate it with reference to the bio-psychic reintegration of the ecologically wayward human species.

The Faerie reveal an identification of ancestral spirits with the features and forces of Nature. Wilderness can be seen as the surrounding of the Enchanted Palace - "Middle Earth"; the "Inside" of Nature, or the "night side of Nature". There is now a potential for the re-integration of Nature within Man (Vision, Archetype, Instinct, Eros), with Nature without Man, or Nature-At-Large (Ecological and Cosmic Processes). The Fay present an imagery of humanity completely at one with WILD Nature; Humanity perfecting itself in reverent cooperation with all other species, and through loving promotion of Wilderness processes.

The Fay can be experienced as ministers of the Great Moods and initiatory transitions of The Supreme Earth Being: The Mighty Seasons.

It is worthwhile to develop Celebrational-meditational techniques to effect Man's Homecoming to Wild Nature: the re-adjustment of the purposefully wrought with the spontaneously unwrought; for the rediscovery of the Twilight Path to the inner mansions of wilderness; for the magical exchange and empathic identification with all forms of Nature, including the biome, or landscape organism.

Wilderness, or WildLove is the melt and mystic interpenetration and mutual sustenance of all bodies, on "both sides" of "Death." The Faerie Body is a subtle spiritual flesh, diffusible. Nakedness is the sacramental condition of communion with the regenerative Spirits of the everlasting Elements.