Linking with the Elements

Linking with the Elements 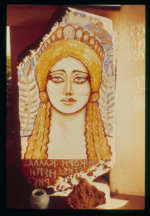 Moods of the Elements

The seasons can be seen as MOODS, spiritual states, and ceremonial initiations of the supreme Earth Being.

The Spirit of the Biome1 can be represented by a “Churinga” (a made or found item which is used as a totem). Repeated devotion to the Biomic Churingas strengthens the link between biome and temple, biome and self.

The transitional fringes in Nature are especially magical, awesomely baffling, and therefore very efficacious for initiation into the Artemisia or FAERIE Mysteries. The quivering, wavering INdefinition of exchange between dynamically linked opposites: grass and forest, rock and wave, timberline and tundra, estuaried leaf-frontiers and swarming airs... Consider the ciliate motility of grass under swivels of Wind, or a procession of dark horsemen against white sheets of sky.

The feather harbors the arcanum of Air. Why? Because any nodal, circumscribed entity that freely and wondrously negotiates a great element has distilled the essence of that element. Hence it becomes a portal to the magical cisterns and sacred nuptial basements of that element’s estate.

We need garden-grove elements, play-worthy for the whole body as well as for the eye.

1 - Biome: a community of plants, animals and soil organisms forming an eco-system.